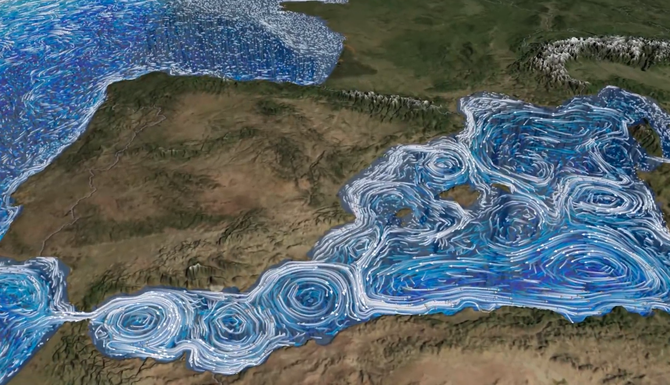 Researchers at the Balearic Islands Coastal Ocean Observing and Forecasting System (ICTS SOCIB), the Mediterranean Institute for Advanced Studies (IMEDEA, CSIC-UIB), and the Université de Liège, detect the anomalous presence of an anticyclonic eddy of about 60 km of radius in the area between the Catalan and Balearic and coast, during fall 2017. The study, recently published in the Journal of Operational Oceanography, demonstrates that the intensification and persistence in time of this eddy, greater than in other years, could be the cause of a change in the marine currents flow in the Balearic Sea.

The research, Anticyclonic Eddy Anomaly: impact on the boundary current and circulation in the western Mediterranean Sea, has focused on assessing not only the dimensions and evolution of this eddy but also its effects on the circulation in the western Mediterranean Sea. Doing so, and thanks to the ICTS SOCIB multi-platform observing system deployed in the area, researchers have revealed that coinciding with this eddy, the inflow of Atlantic waters through the Ibiza Channel was greater than other years.

“Our hypothesis is that the presence of the eddy acted as a barrier, diverting the Northern Current, which normally flows southward along the Catalan coast until reaching this channel. In the absence of the Northern Current, the Atlantic waters coming from the south would not have found any obstacle to flow freely to the north” explains Eva Aguiar, researcher at ICTS SOCIB and leading author of the study.

According to Aguiar, these changes affect the distribution of temperature, heat, salt and nutrients in this area of the Mediterranean Sea, which may have implications for primary production and meteorology in the region.

However, the presence of this anticyclonic eddy in 2017 is not something new. In this study, the researchers have developed a climatological index (1993-2018) indicating that this phenomenon had already occurred previously, in this same area, during the autumns of 1998 and 2010, being the eddies of 1998 and 2017 more intense and persistent in time than in 2010.

The conclusions of this study are included in the annual report “The Copernicus Marine Service Ocean State Report”, written by more than 100 scientists from more than 30 European institutions, including ICTS SOCIB.

The report provides a comprehensive assessment of the state of the global ocean and European regional seas and is primarily intended to contribute to decision-making and the development of policies for the marine environment. In addition, the report aims at increasing general public awareness about the status of our oceans. 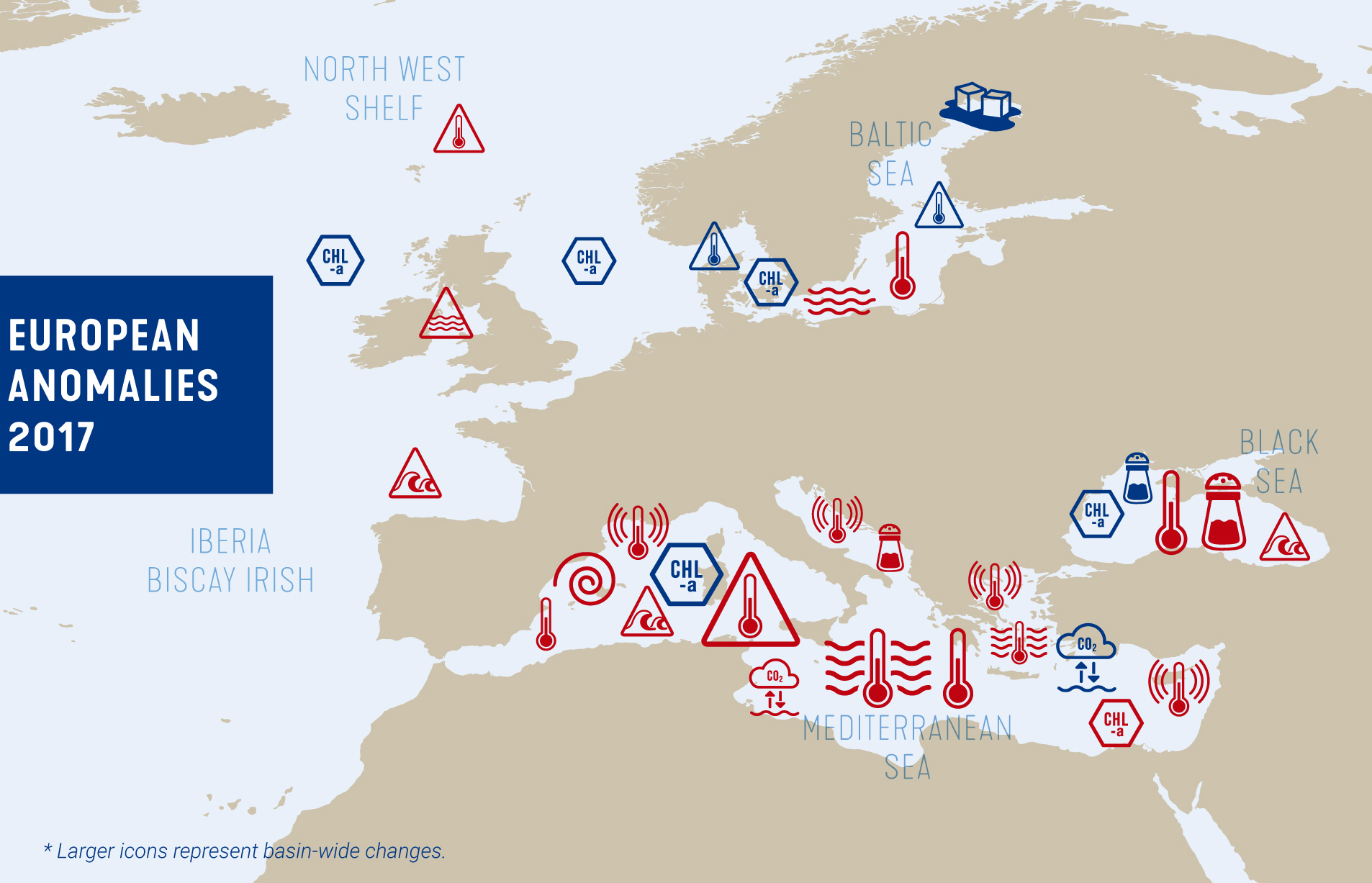 Ocean water is constantly in motion: vertical movements, from north to south, from east to west, transporting heat and cold and impacting on Earth's climate. From the equator towards the poles, the ocean currents transport warm water, while cold water is being transported from the poles back to the tropics. Sometimes these currents can create circular currents of water known as eddies.

In particular, the Mediterranean Sea is characterized by having many eddies of different size and duration. The most common ones are eddies called “mesoscale” that are on scales of 10-100 km and last for days or even months. At the end of the summer, in the area between the Catalan and Balearic and coast, mesoscale anticyclonic eddies— which rotates in a clockwise direction—are often formed. These eddies can produce vertical speeds towards the deep ocean as well as accumulation zones around them, which have important implications for the biogeochemical cycle of the ecosystem and/or for the accumulation of plastics. Furthermore, their presence can also affect the global circulation of the Mediterranean Sea, since they can prevent the flow of other currents.

That is why the anomaly of 2017 has led scientists to start asking new questions about the generation of these eddies. In this regard, the Mediterranean Sea is the ideal setting for its study, since “it acts as a small ocean laboratory of which we have available observations, thus facilitating the investigation of complex phenomena that also occur on a larger scale in all the oceans, and which have a direct impact on climate and marine ecosystems,” remarks Joaquín Tintoré, director at ICTS SOCIB and co-author of the study.

Therefore, “we will continue investigating these oceanographic phenomena to improve scientific knowledge about our seas and oceans” concludes Aguiar.

This study has been supported by “la Caixa” through the MEDCLIC project spearheaded by the former and ICTS SOCIB.

Picture on the front page: Ocean currents and eddies on the surface of the western Mediterranean (Source: NASA)